Where do we start?

Choosing what to tell you, or rather, what NOT to tell you is really difficult: this territory has so much beauty to offer that it deserves to be visited everything. But here we must limit ourselves to just a few things, so we focus on the places we love most. The rest we will help you to find out once you arrive here. And you will decide how long and how much you will be captivated by its charm. 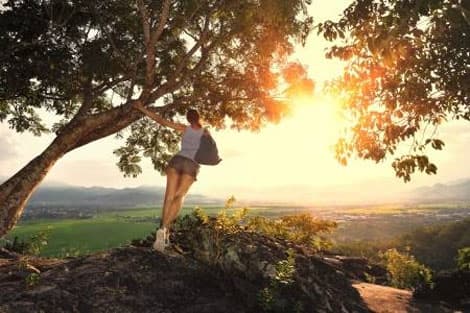 Let's start from the sea

The beach is the safe and well organized one that characterizes many destinations on the Adriatic coast. Those who have children and those who prefer a calm and friendly sea know that they cannot go wrong here: in addition to the shallow and sandy waters, they find very well equipped bathing establishments. Did you know that it is called the golden beach? It is because of the sand, fine and shining in the rays of the sun. 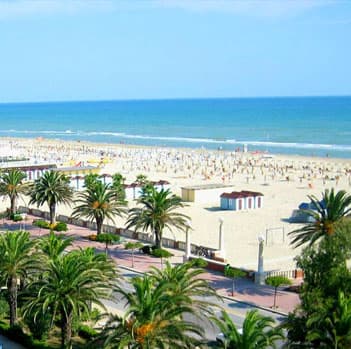 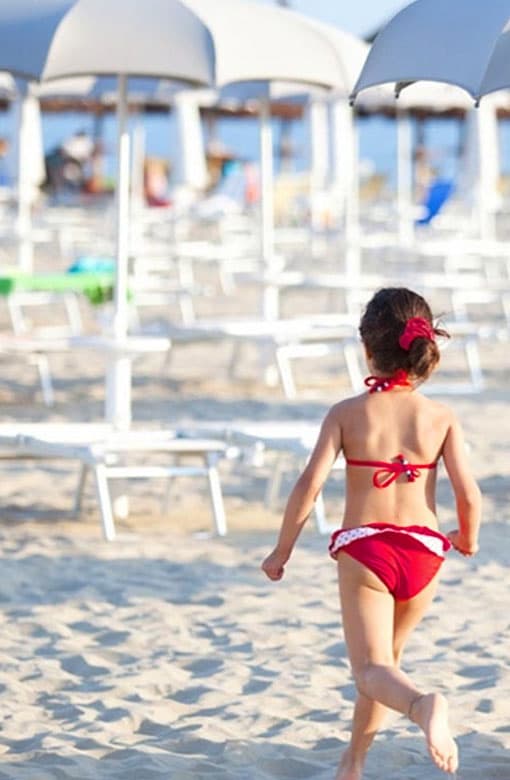 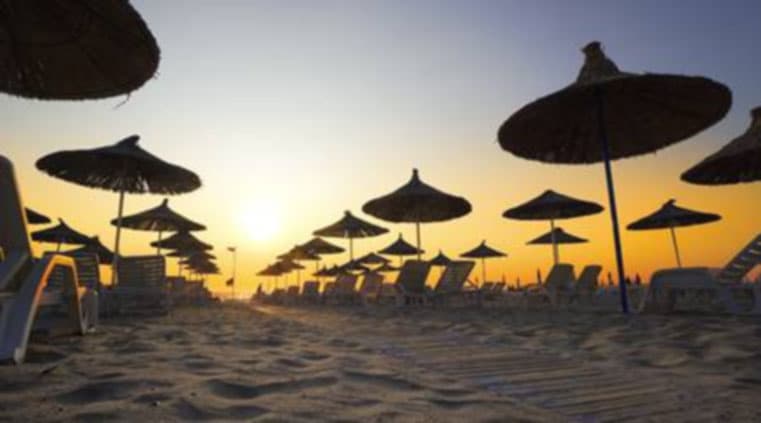 Although wonderful, Abruzzo is a very little known territory. Well, leave the sea behind you and turn to your west: it will open a completely new stage, a spectacular landscape, made up of mountains, valleys, medieval fortresses and villages loved and celebrated by poet D'Annunzio himself, the most illustrious son of this earth. 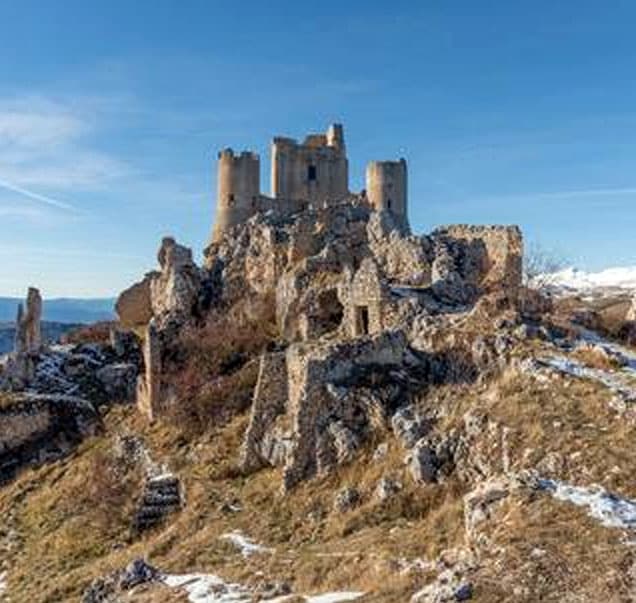 Did you know that, thanks to its 3 national parks, (Abruzzo, Lazio and Molise National Park, Maiella National Park e Gran Sasso and Monti della Laga National Park), Abruzzo was named the greenest region in Europe?

And did you know that in Abruzzo there are as many as 23 between “The most beautiful villages in Italy”?
Here are the ones closest to Giulianova: Civitella del Tronto, with the beautiful medieval historic center, the ruetta, or the narrowest street in Italy where only one person can pass at a time and, a quarter of an hour away by car the Gole del Salinello. 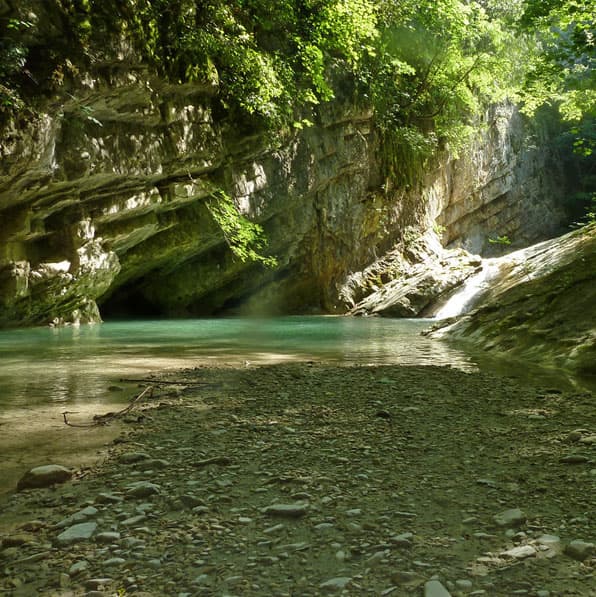 Then there is Castelli on the slopes of Gran Sasso, known for the production of ceramics that also cover the ceiling of the seventeenth-century church of San Donato, defined by Carlo Levi as "the Sistine Chapel of Majolica"; Campli, with the square declared, in 1902, "national monument of Italy" and the Sanctuary with the only Holy Staircase, in addition to that of Rome, which allows to obtain the plenary indulgence; finally, Santo Stefano di Sessanio: if Civitella del Tronto, Castelli and Campli can be reached in half an hour by car or a little more, Santo Stefano requires an abundant hour.

But if you decide to visit the Gran Sasso and Monti della Laga National Park, wander through the alleys of this ancient village, located at the southern entrance of the Park: it is a very suggestive destination, with its limestone houses, the Tower , the Palazzo Mediceo and the Church of the Madonna del Lago, which reflects its image in the pond on which it stands. 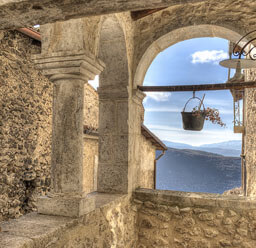 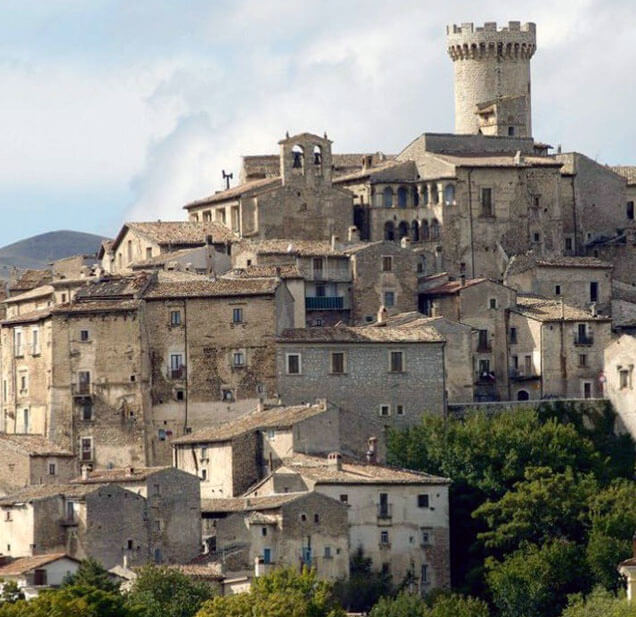 Of the 3, we mention only the National Park of Gran Sasso and Monti della Laga, as it is the one closest to us: you can reach it with an hour's drive (for others it takes almost 2 hours). With its 150 thousand hectares it is one of the largest in Italy: it has more than 2,300 plant species, huge beech woods and an infinite variety of animals (only amphibians, there are 14 species), including the chamois and the Apennine wolf , the golden eagle and the brown bear. And, at the foot of the Gran Sasso, here are 44 charming villages where, in addition to admiring the historical and artistic beauties, you can taste delicious dishes, typical of the area, based on lentils, saffron and pecorino. Don't forget to water them with excellent local wine! 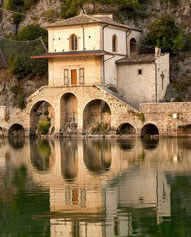 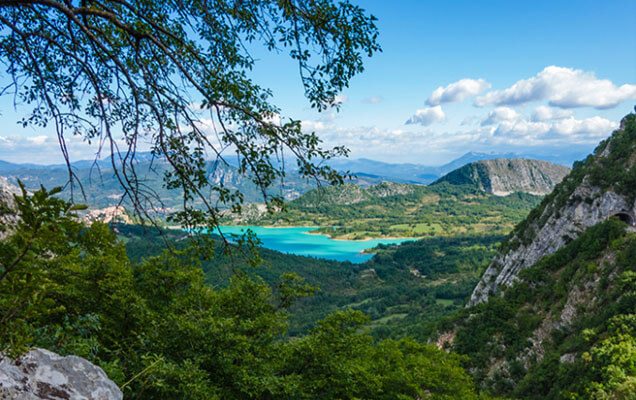 Few and good promotions for you